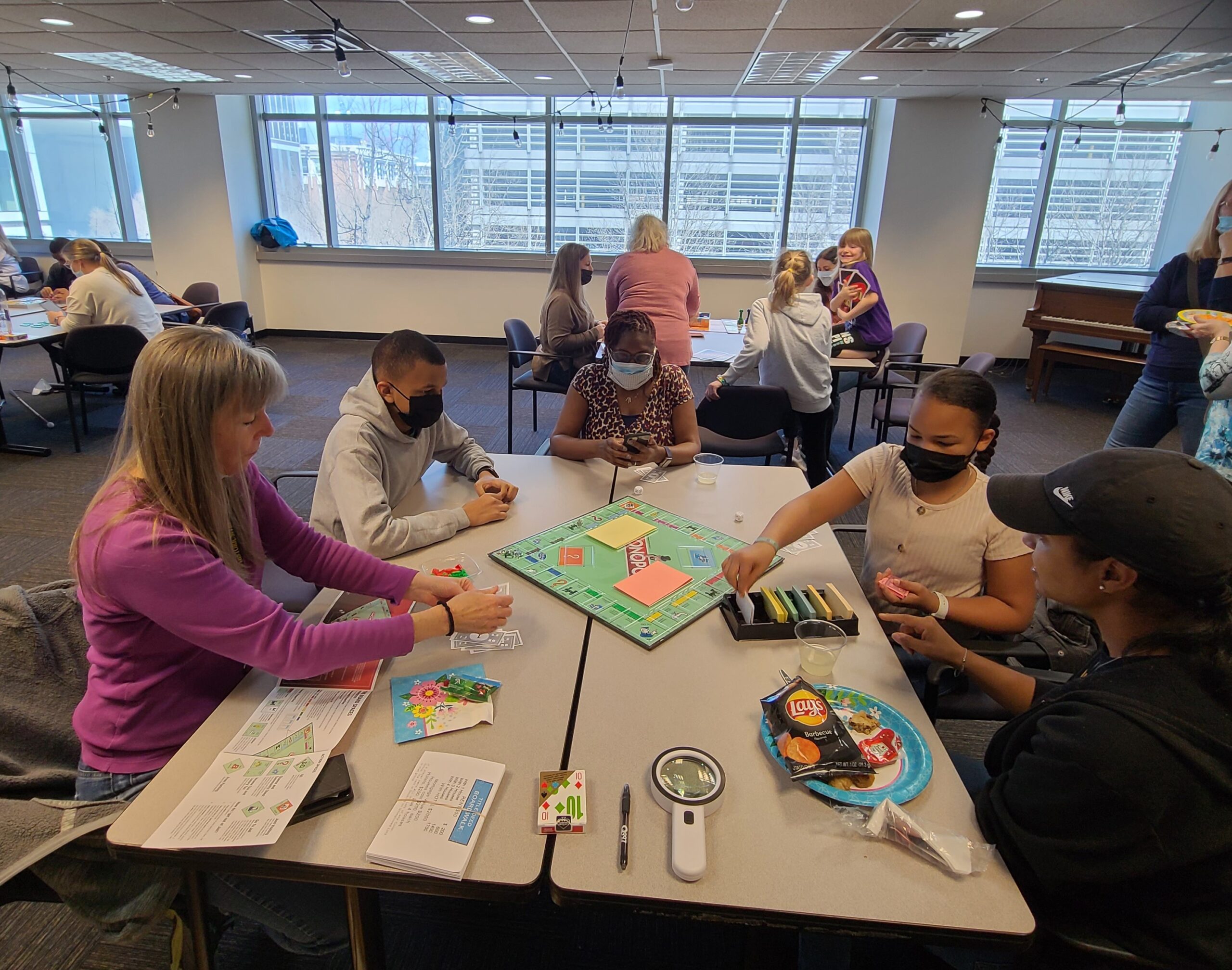 Games Day Event Was a Hit with CVI Youth

Laughter rang through the halls of CVI on a recent Saturday as youngsters who are living with visual impairments played Monopoly and Uno, built Mr. Potato Head, and created designs with blocks and bricks. Things even got competitive with the baseball board game!

The kids who attended CVI’s Games Day with their parents were greeted by volunteers from the Atlanta Alumnae Chapter of Delta Gamma, a long-time community partner of CVI. Delta Gamma adopted “Aid to the Blind” as their national philanthropy in 1936. The Atlanta chapter has collaborated and supported CVI’s services for children since the 1960s.

Mary Horn, Vice President of the Delta Gamma Atlanta Chapter Foundation said that the group has seen firsthand the possibilities of making games both fun and accessible. This was the impetus for their hosting Games Day for school-age kids impacted by vision loss.

Nick Reynolds, CVI Children and Youth Services Manager, joined the volunteers in engaging the kids in the adaptive games and play.  “The kids jumped right in and started interacting with each other. For most, this was the first time in a long while that they had the chance to hang-out with other youth who are also blind or visually impaired.”

“It is clear to me from talking with the children and parents, that CVI is a life raft for their families. The support, training and social opportunities that CVI provides fill such a great need,” observed Ms. Horn.

Games Day is part of the relaunch of CVI programs for youth. “The long stay at home and social distancing have taken a bigger toll on children with unique needs than we could have imagined,” noted Reynolds. “We are thrilled to be bringing back social activities like this and the upcoming summer camp.” Children and their parents will have opportunities to network, share experiences, and get support from each other through their participation in CVI programs.

CVI is grateful to Delta Gamma Atlanta Foundation for their support of this event and their work on behalf of the blind and visually impaired community.