Hal Westmoreland’s emotional strength and courage confront our concept of what the human heart can bear and shatters it.

Already suffering from HIV/AIDS, he was afflicted with one of its devastating consequences, loss of sight.

Interviewed three days after his partner of 24 years, Jim, died, Hal exuded both grace and humility.

“It’s impossible to separate the blindness from the HIV/AIDS because they go hand in hand really. I lost so many friends to AIDS that it’s just a constant reminder, you know, the blindness is. Before I became blind, when I had the HIV/AIDS, friends treated me – they were much, much more [present]. After I became blind, the friends just scattered. People don’t exactly flock to be your friend when you’re blind.”

Hal lives alone with his two dogs. The spirit of the man that stayed with him through the darkest days of his illness and helped him learn how to enjoy life as a blind person permeates their home.

The phone rings often, as family and supporters from his church check up on Hal. In the midst of pain, Hal is surrounded, more than he knows. His kind spirit reaches out, people are touched. He is not alone after all. 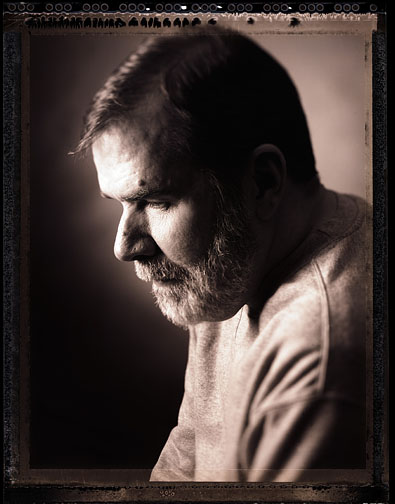 The overall background is like a gray fog. There is no light coming into the right eye, but some light does come in through the left eye. The gray is darker around the edges and periphery with lighter shades toward the center. He is able to see bright red and orange colors in his left periphery. When he moves his hand in front of his eyes, he sees it as a lighter gray, shapeless shadow. Approximately 70% of his visual field contains wiggly, string-like lines floating and coming toward him in a gray, fluid-like field. 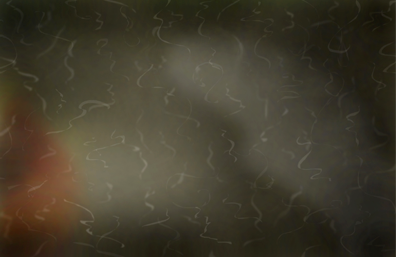