Phil Green’s family considered him clumsy as a child and it wasn’t until he was 29 that a diagnosis of retinitis pigmentosa, a genetic condition, explained his penchant for running into things.

The diagnosis came after several fender benders while working at the City of Fort Worth, Texas Health Department. When he informed his superiors of his vision loss hoping for a desk job, he was fired. Undeterred, Phil began a federal government career, retiring recently after 29 years of service.

Slowly feeling a sense of isolation as his vision deteriorated, Phil made the decision to get a guide dog. “I have to say my dog Mike saved my life. Getting a guide dog was the most positive thing that’s happened to me in terms of coping with vision loss.”

Phil uses the metaphor of a room full of light bulbs to explain his vision loss. “As each light is turned off, you don’t notice that one bulb, but as you get down to less bulbs, the darkness begins to encroach.”

Phil now has a second guide dog, Santiago. The relationship with his dogs has given him an opportunity to educate people on both the etiquette of interacting with a guide dog and the law.

“It’s not a perfect world, but it’s the world you have,” Phil said admitting that he’s been lucky. He has had a rewarding career, a loving marriage, friends, has traveled and found an independence that came with his pursuit of a meaningful life. And while acknowledging his good fortune, he is also proud that some of that luck was the result of his own effort.

His advice to others dealing with vision loss: “Don’t give up, use what’s available, get an education, get a job. Gravitate toward doing those things you do well and keep doing them well.” 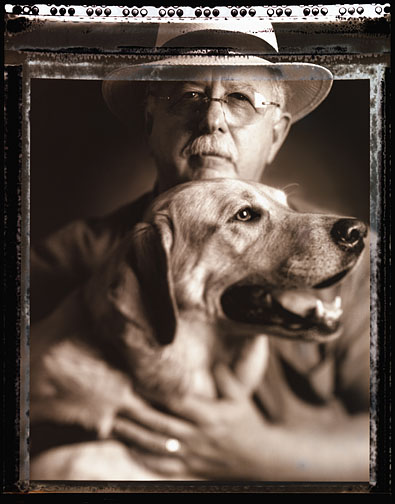 Phil’s vision is diminished to a small irregular area in his central visual field. Phil describes his peripheral field as having no light, color, or texture – simply an absence of everything. His central vision is blurred and hazed as if looking through a film of Vaseline. Macular degeneration has caused further vision loss in his central field as well as small, amoeba-shaped blank spots. In bright light, he can differentiate shapes and some colors but most details are lost as seen in this image of street signs at a bus stop. 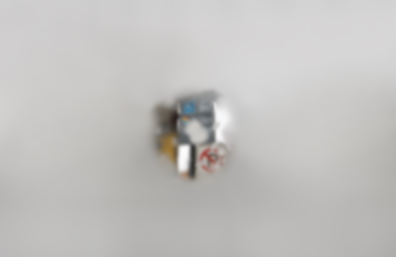