Henry Hall will charm your socks off. At the beginning of the interview, he began: “If I can wait just a minute, that’d be great . . . to get my brain started. His brain is a wondrous thing. Born with multiple visual disorders, Henry’s vision is like a crazy quilt, each part of his eye seeing a little different and some parts not at all. As he views the world his mind connects all of these puzzle pieces into whole cloth.

Henry has been learning Braille, in his words, since he was a little boy. Now, at five, he talks about his favorite letters, speaking in the dot patterns that form his alphabet. “I’ve been learning Braille since I was just about three years old. And I like to read braille and I think I’m going to teach you some letters I’ve learned. Now you’ll never forget this one: “B” is just dots, one, two and “A” is just dot one.”

Getting around he uses his cane, appropriately named “Mr. Cane.” He has two dogs, one who “bites a little bit. She is my best dog I’ve ever had! I’ve been teaching my dog some tricks about every day.”

His family circles Henry with love. He was born early, at 24 weeks, with both retinas detached, part of his optic nerves have died and parts of the nerve are small. He has borderline glaucoma and very small optic chasms.

His mother, Martha, said it was devastating to find out Henry was visually impaired. “You grieve for your normal child that’s not ever going to be normal, and what they’ll miss growing up. But we made the decision a long time ago that Henry is a little boy first, who just happens to be visually impaired. And that’s how we’ve raised him. And he is active and happy and involved and participates in everything that he wants to participate in, with very few limitations.” 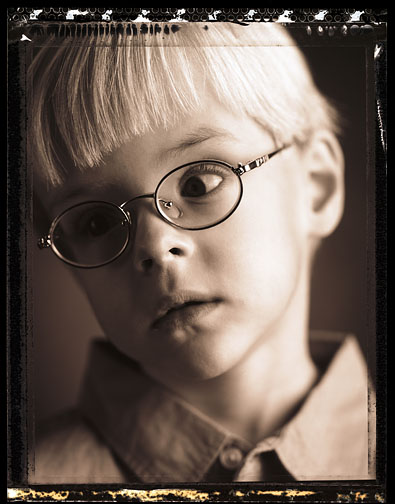 Henry’s visual field is akin to looking through swiss cheese. He has little to no vision in his left eye and the sight in his right eye is splotchy with no depth perception and no peripheral vision. There is a pocket in the lower inside area of his right eye where he can see things close-up and in a different pocket he can see things in the distance. Of all the colors, yellow is the easiest for Henry to see. 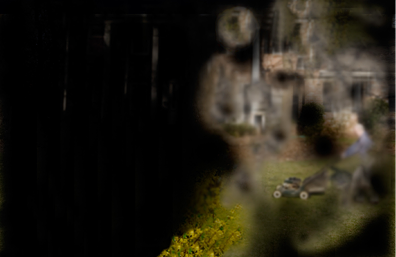