Glenn’s wife, Linda, will tell him that he talks long after he has something to say. They banter and laugh, signs of a long and loving marriage.

Diagnosed with glaucoma when he was 29, Glenn has used special eye drops his entire life, but his vision remained almost perfect until the past three or four years. When his sight started to deteriorate, it came on really fast.

“It would be very easy to sit back and let people wait on you – if you could find them – have people wait on you hand and foot. But that’s just not my particular makeup. I’ve always believed that things happen to you for a reason. We may never know what that reason is, so you just have to learn to adapt to doing things differently.”

An avid woodworker with a shop full of power tools, Glenn’s table saws and band saws became off limits. His love of reading has become difficult, but he has found other resources that provide books on tape and newspaper services that are read daily over the telephone. “You just find when this kind of situation arises, other things to do, or other ways to get at basically the same thing.”

While riding along with his wife, she may accuse him of napping. “Most of the time it’s just I know that there’s not anything out there I can see. So I think the imagination kind of takes over and I can see where we may be riding along and kind of drifting along the air. That’s just a fantasy on my part.”

At the end of the interview Glenn is still talking, because he still has something to say. 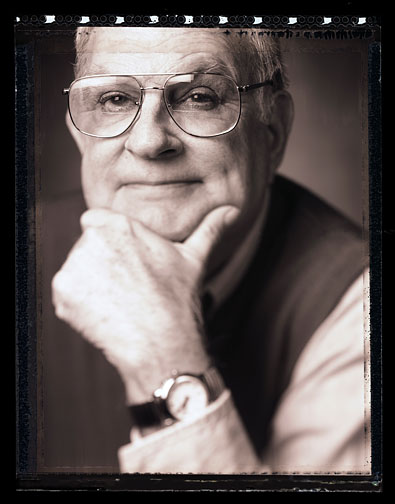 Glenn’s vision differs from what doctors typically report for someone with glaucoma. His peripheral vision is the same as his central vision. Everything he sees is enveloped in a blurred, white, cloudy haze. He is able to determine colors, but no detail of any kind. He can see the blurred outline of objects, but may or may not be able to determine what they are. The quality of his vision does change depending on the lighting conditions. On a sunny day, walking into a bright room, he might be able to recognize a sofa, chair or table. 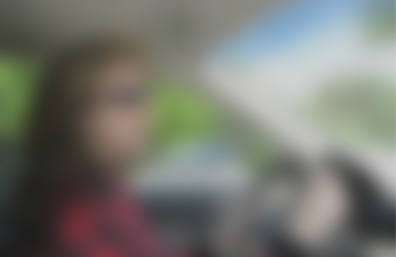