Ashley Whitley has the voice of an angel. Standing perfectly still she sings “The Star-Spangled Banner” for a small audience and the room is quiet except for the crystal clarity of notes coming from somewhere deep inside her soul.

Growing up with a visual impairment, Ashley says, has been both good and bad. And the bad often has to do with the perceptions of others.

“Having a visual impairment does affect relationships with peers in many different ways. Back in elementary school no one really accepted it and they kind of made fun of it. In middle school it got a little bit better, but, I mean, it was still just annoying.”

Finally, in high school, Ashley says the stigma has worn off, and she finds herself answering students questions about visual impairments.

She wants to pass along her wisdom to another generation of young people with visual disorders and is planning a career as a vision teacher, a sort of guidance counselor for the visually impaired in schools.

When Ashley enters a room, it lights up with her energy and spirit. Vision, or the lack of it, is not something she dwells on. They are working on an operation that could help her see, but she doesn’t know if she would try it.

“Something that everybody asks me: ‘if you had a chance to get your vision back,’ or not back, because I never had it, ‘would you?’ And I always say, I don’t know, because I’m so used to what I have. I don’t know if I could handle the change.” 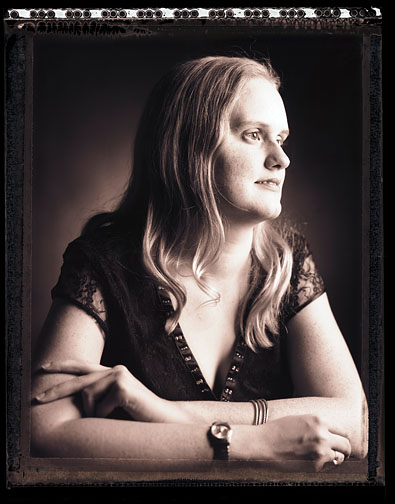 Ashley’s vision measures 20/500 at close range. Her eyes have the same amount of light coming in as a fully sighted person and she is able to distinguish colors as long as they are dissimilar in tone and value. Details are not visible to her so she sees color blocks and shapes of the people and objects around her. Her vision is consistent across her entire field and images do appear as three dimensional. This is how she might see students sitting next to her in a classroom. 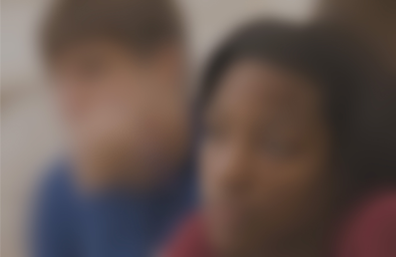