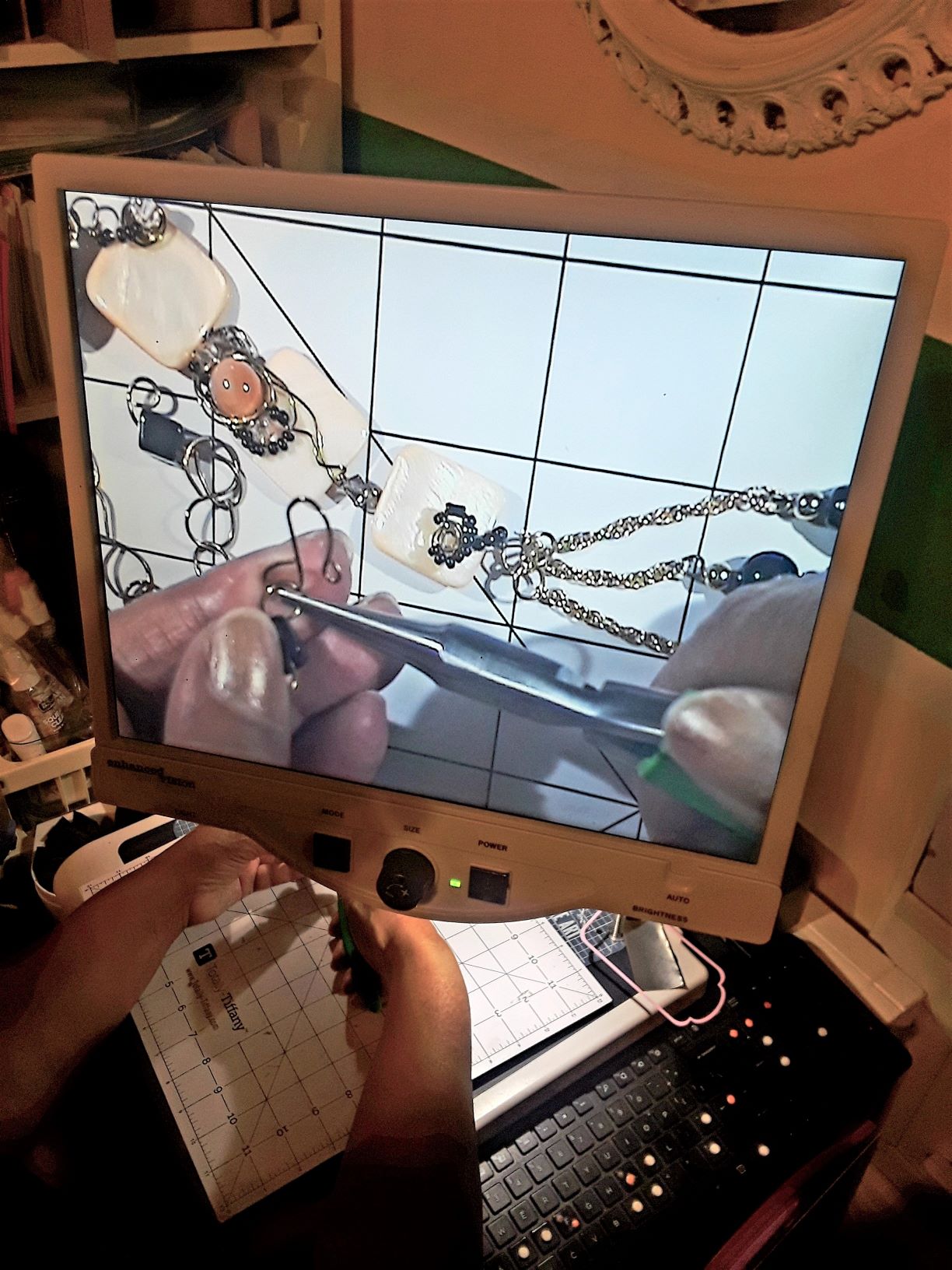 For Angel Banks, coming to the Center for the Visually Impaired (CVI) was a blessing. Angel has lived with low vision her entire life. The doctors she saw when she was growing up would prescribe eyeglasses, but they never helped. It wasn’t until she was 33 years old that she was diagnosed with Stargardt’s Disease, a form of macular degeneration.

Despite having low vision, Angel managed to work for many years in administrative positions by finding alternative ways to perform the tasks she was given. The moment that she was passed over for a job because of her low vision, she made the hard decision to apply for disability. That’s when she learned out about CVI.

“I’d always believed I could do anything I put my mind to so to have a manager tell me that I couldn’t be sent on a job because of my vision was heartbreaking,” said Angel. “The intake counselor at the Social Security Office recommended I give CVI a call. I didn’t know what I was going to get there; I just knew that I was going someplace where someone knows about my diagnosis and could possibly help me.”

Angel was thrilled to find that CVI could provide her with the tools and training to make life easier. She learned cooking and cleaning techniques as well as how to use the computer, navigate sidewalks and cross streets safely along with essential skills. “The training and support I received at CVI gave me back my confidence,” said Angel.

Twenty years after her first experience with CVI, Angel realized her sight had gotten worse. She had cataracts removed, but was still having a harder time seeing than before. She knew exactly where to go for assistance and gave CVI a call. She made an appointment with the Florence Maxwell Low Vision Clinic and following the exam with the Optometrist, Angel met with CVI’s Occupational Therapist to discuss the optical aids that had been recommended and non-optical options to restore her confidence in managing certain tasks independently.

Angel was given some new techniques and tools for doing things like reading a recipe while cooking, and she will be taking additional classes to improve her transportation and navigational skills through the Adult Services program soon. She also found that using a CCTV for close up work on certain projects was just what she needed.

Since returning to CVI for some additional support, Angel has been able to get back to jewelry making again which slowed in production due to the progression of the visual impairment. She is excited about the benefits of the aids she now has and hopes to continue a jewelry line and eventually start an organization for an advocacy group to support those that are blind or visually impaired.