In the 1950s in Atlanta, a group of parents faced a mutual challenge: how to help their visually impaired children reach their full potential in life. The children were well-served by an organization called the Foundation for Visually Handicapped Children, but as the children grew, so did their needs. 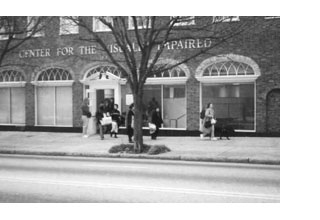 Interested in enhancing opportunities for their children, the devoted parents sought specialized training for their children in orientation and mobility, advanced communication, and daily living skills. Led by George and Jean Henderson, in 1962 they established a new agency, Community Services for the Blind. George

The new organization was housed at 50 Whitehall Street in the Atlanta National Building in space donated by Ben and Sam Massell. In 1965, as a result of a bequest, the agency decided to purchase a large home on the southeast corner of South Ponce de Leon and Springdale and the agency moved to that location. 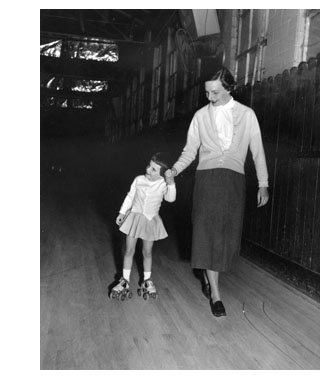 Also in 1965, the Atlanta Community Chest (now United Way) began investigating the possibility of merging Community Services for the Blind with the Metropolitan Atlanta Association for the Blind, which had been in existence since its founding in 1944 by Dr. P. J. Woods. In 1973, the two agencies were combined under the name of Atlanta Area Services for the Blind (AASB). In 1974, AASB leased office space in a building at 763 Peachtree Street. The owner, Florence H. Maxwell, for whom the Low Vision Clinic is named, eventually gave the building to the organization in 1980.

In 1987, the agency changed its name to the Center for the Visually Impaired (CVI) in order to reflect more accurately the wide range of services offered to visually impaired and blind individuals throughout Georgia. On January 6, 2003, after spending almost 30 years in the Peachtree Street facility, CVI opened the doors to its new and current five-story, 47,000-square-foot building at 739 West Peachtree Street.

Since 1962, CVI has grown to become the largest comprehensive, fully accredited, private organization in Georgia, providing a wide range of services in rehabilitation and education for individuals of all ages who are visually impaired or blind. CVI’s mission to empower people impacted by vision loss to live with independence and dignity is reflected through our service to more than 4,000 people annually.