Christopher was referred to CVI when he was only three days old. Despite a healthy pregnancy and normal birth, Christopher was born without a right eye (a condition called anophthalmia) and a small, underdeveloped left eye (microphthalmia). Upon learning her first born child would never be able to see more than shadows, Christopher’s mother, Tee, cried for a week straight. Then she sprang to action.

Having had no previous experience with vision impairment, Tee relied on CVI’s BEGIN program to provide the roadmap for Christopher’s development. She listened as BEGIN staff told her over and over again that Christopher was going to be just fine – and she hoped that would be true. She had no way to measure Christopher’s progress herself, so she put her trust in the BEGIN program’s staff and did everything they told her to do.

Tee and Christopher were at CVI every time the doors were open; they participated in individual therapy sessions, group classes, the “Wake Up and Sing” music and support group, family camping trips, holiday parties and summer activities. Soon, Tee started to see the progress she had been hoping for.

Six years later, Christopher is still an active participant in CVI’s youth services program. He has transitioned to the STARS (Social, Therapeutic, Academic and Recreational Services) program and performs at the top of his kindergarten class with sighted peers.

He sings in his church choir, is training to swim in the 2016 Special Olympics and dreams of being a preacher. Having memorized the order of service from church, he loves to deliver sermons for his family, complete with music he performs on his drum set. Tee describes him as “the happiest little boy you will ever meet.”

Your support is critically important to ensure that children like Christopher receive the services they need to realize their full potential and lead happy, healthy, and independent lives. 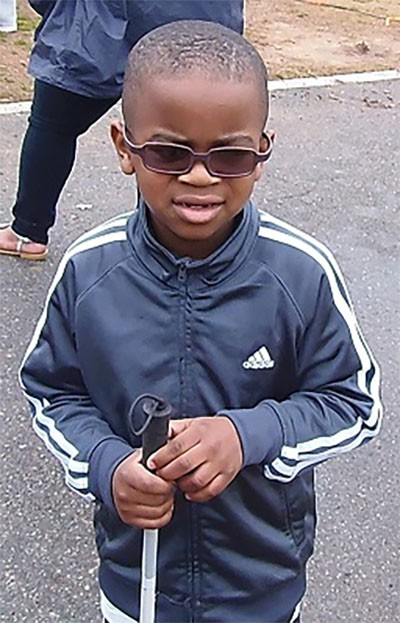